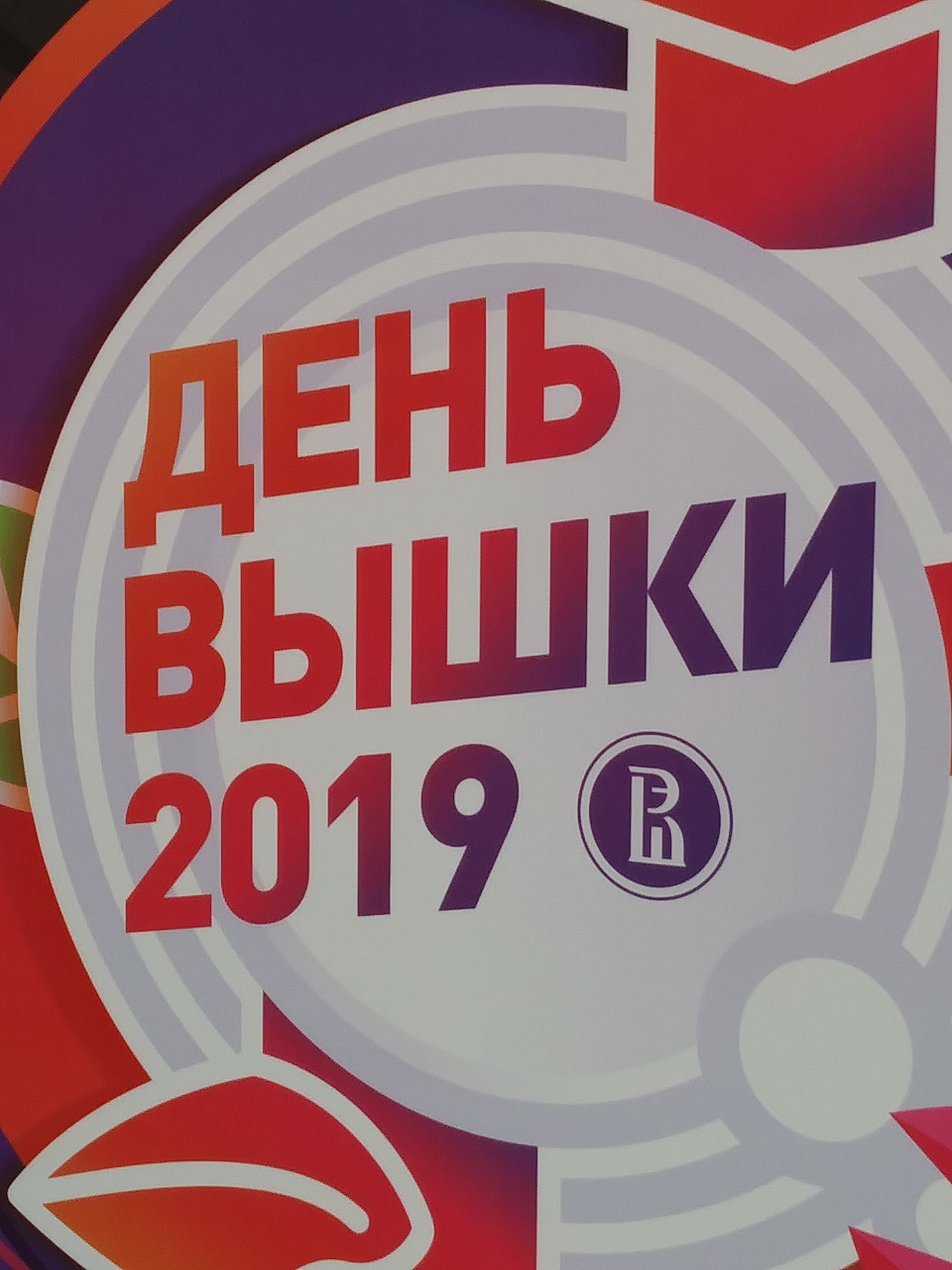 I am happy to share my talk on climate change and administrative science that I gave on September 5, 2019 at Gorky Park, Moscow. My talk was part of the Open Talk series at the annual Open Doors Event of the National Research University Higher School of Economics (pictured above). I really enjoyed the event. And thanks to the audience for the interesting and thoughtful questions.

Good afternoon Ladies and Gentlemen, thank you very much for your interest in the Higher School of Economics and my talk in particular! In the next 20 minutes I will try to answer three questions:

Should we panic about climate change?

I would like to start with a joke. Two planets meet. The first one asks: “How are you?” “Not so well”, the second answered “I’ve got the Homo Sapiens.” “Don’t worry,” the other replied, “I had the same. That won’t last long.” (Retrieved from http://www.die-klimaschutz-baustelle.de/climate_change_jokes.html, date of access 2019-09-04)

How do you feel about that joke? Are you amused, is there a pondering silence, or do you even panic internally? No matter whether this joke makes you feel happy, thoughtful, or panicking: It became obvious that people have been starting to think about the environment more than in the past.

Should we panic about climate change?

Our planet is getting hotter. There are ever more hurricanes. A month ago Irkutsk region suffered from the most severe flood since years. This time we experience a hot summer, next time there will be never-ending rain. People in urban areas around the globe suffer from polluted air; the ‘silent killer No. 1’ according to the World Health Organization (WHO).

There are different views on those phenomena. To some they are part of regular cycles that have been occurring repeatedly throughout time. We just did not monitor them as closely as we do now. To others they are messengers of climate change. At least, most environmental researchers agree that global warming accelerated.

But many people outside universities do not agree. Critics state that the hype about Greta Tintin Eleonora Ernman Thunberg is simply a substitute religion. The term sustainability has come under criticism as marketing bluff. We need to take those counterarguments seriously. We need to acknowledge that forecasts about global warming built on complex models. Just change some parameters and those models will forecast that planet earth will cool down by 2050.

But I am not about blaming statistical model building. I am about real-life environmental policy issues and how political science researchers study them.

People usually do not care about remote events. Things taking place far away do not attract their attention. If climate change does not affect me personally, e.g. if a flood tears away my house, I probably won’t get emotionally attached. There are many examples of serious issues nearby. Volokolamsk, north-west of Moscow, hosts a huge garbage site that takes up the waste from the Russian capital. The trash dumb is toxic, and toxic fumes reportedly spread over the town last year, leading to several injuries. That is something that people do panic about.

Another example: Since many years people in German cities suffer from polluted air. Berlin, Hamburg, or Cologne regularly exceed critical values set by the European Union in 2010. Only after courts ruled bans for diesel-engine cars political activity started. We wonder why.

One year ago I mentioned that Earth Overshoot Day is a measure to what extent human mankind overuses natural resources. On global average, Earth Overshoot Day in 2018 was August 1, down from early October 20 years ago. This year World Overshoot Day is July 29. “From July 30 we started to consume more resources than the planet can regenerate in a year.” (retrieved from https://www.overshootday.org/, date of access 2019-09-04). The situation has not become better, yet. We should not panic about climate change. But I believe that most people are aware that we need to change something in the way we live, travel, consume, work, and behave.

What might governments do to protect the environment? And what do governments actually do?

I am an Assistant Professor at the School of Politics & Governance at the HSE. My research covers what governments might do to protect the environment and to foster a sustainable way of living. Here are some of topics of my research:

It seems strange: Most people acknowledge environmental pollution that comes in multiple types: polluted air, light pollution and environmental noise. We know that they harm human and animal life. And we know how to address them. But decision makers fail to take bold measures. And managers struggle to implement them. I seek to understand why. We need be aware that environmental protection essentially is a huge management issue. Politicians and managers face multiple interests from different stakeholders. They have to deal with conflicts of interests, goal ambiguity, and goal multiplicity. In my research I am analyzing those conflicts, and the multiple understandings on how a good policy might look like.

It is not a secret that I am a German. In Germany the political discussion centers around a tax on emission of carbon dioxide. In such cases we look for evidence from previous experiences elsewhere to judge this idea. In 2012 Australia introduced a carbon pricing scheme. The plan was to combine a carbon tax with a certificate trading scheme. In a first step federal government sold certificates to emit carbon dioxide to industries. Polluters were able to buy as many certificates as they wanted over a 3 year course. The price was 23 AUD (about 2,000 Rubles) per ton of carbon dioxide. In a second step, according to the initial plan, the scheme would shift into a trading scheme. The amount of emission, i.e. certificates, would have been fixed, market would determine price. But this has never happened. The scheme was scrapped in 2014.

The scheme had mixed impact. Carbon dioxide emission decreased from 407 MtCO2 in 2012 to 393 MtCO2 in 2014, the second year of the scheme. Soon after emission increased and reached pre-tax level in 2016 and 2017 (413 MtCO2). The carbon pricing induced some temporary decrease in greenhouse gas emissions. But it also raised electricity costs for households, i.e. regular people. This undermined the public confidence in the scheme and environmental protection as a whole (https://www.centreforpublicimpact.org/case-study/carbon-tax-australia/, 2019-09-05).

A tax on greenhouse gas emission is a measure at federal or European level. I would like to give two brief examples what local decision makers in Germany do to address environmental pollution. Those examples also point to problems of implementation.

Berlin, Germany’s capital has an ambitious vision. City government passed plans on mobility transition (Verkehrswende). Inner-city cycle routes should support bicycle traffic. Sounds good. But the devil is in detail. A closer look at the budget plan reveals that in 2020 only 73,000 Euros (about 5.5 Million Rubles) are dedicated for building new cycle routes. 6.5 Mio. Euros (about 500 million rubles) are available for feasibility studies. Such figures nurture sceptics that green interest group capture policy-making.

Berlin is good in writing plans, but implementation is an area for improvement. Too often elected and appointed officials opt for avoiding blame and conflict. Another goal in Berlin is to replace fossil fuels in public transportation by 2030. New routes for tramways in Berlin are reportedly planned in a way that they do not conflict with existing routes for cars. This leads to contradictions.

Trolleybuses are another approach to e-mobility. They are cheaper compared to tramways as they do not require railway lines. They are more sustainable as they do not require rechargeable batteries. The production of batteries causes huge environmental damages. But supporting power supply lines face resistance from residents and local authorities alike. Key essential is a political will and a clear vision of top decision makers in the administration. In my research I analyze such implementation problems. And I do compare the experiences and trends in Germany with Russia.

Are hybrid and authoritarian regimes the more effective environmentalists?

What about Moscow? The major has a clear vision of Moscow’s future development. The last round of capital renovation extended sidewalks at the expenses of roads.

In public transport Moscow takes bold measures that are necessary to transform mobility. Moscow is a best-practice how to maintain and extend a modern public transportation network. Moscow extends the metro. Moscow opened the new MCC, the Moscow Central Circle. And Moscow works on a network of surban trains to further smooth commuting.

Are hybrid and authoritarian regimes the more effective environmentalists? The answer is a clear no!

All those benefits come at monetary and social costs. Ticket prices increased but are still modest. Construction sites cause long-term noise pollution for residents. Public participation beyond the Active Citizen platform is an area for improvement. Bold actions for sustainable development do not vary by political regime. They vary by awareness, willingness, and ethical standards.

To sum up: Research in political and administrative science investigates government actions. Economists propose measures based on sky-high mathematical models. The School of Governance and Politics at HSE looks at policy-making and implementation at the ground. We investigate conflicts and interests. This enables us to advice what will work and what will probably not. Our research informs decision making. It provides transparency.

I started with a joke. I would like to finish with a quote from Alexander Gerst, a European Space Agency (ESA) astronaut. He travelled to International Space Station in 2014 and 2018.

“Not everything up here [at the ISS] is just cool and fun. Living in space, even on a space station, imposes multiple privations upon you. But I love my job because I know: it provides a meaning to my life.” (http://blogs.esa.int/alexander-gerst/2018/10/01/deutsch-ein-platz-in-dieser-welt/, 2019-09-05, translation by the author). I consider this an excellent example about what motivates people to do the right and sometimes challenging things. Sustainability starts at the individual level. Looking for a meaning in life is a long-term journey. Studying at HSE might contribute to this endeavor.