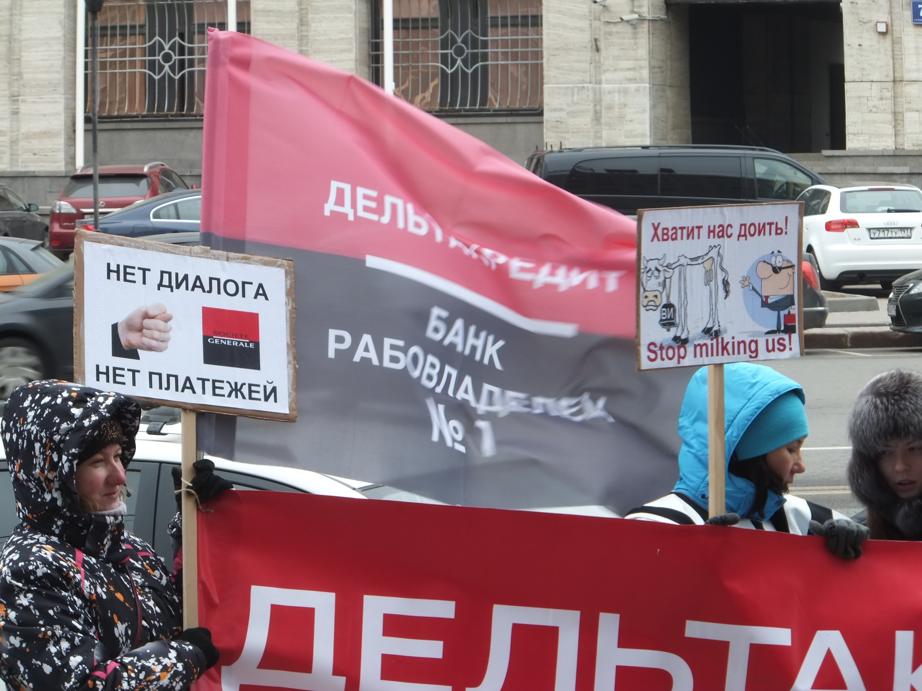 Next to the arbitration court I recognized a small group of protesters today in front of a Delta Credit bank office. Mostly women, one of them with her pre-school aged son, they carried banners reading “societe general – bank slaveholder No. 1” and Delta Credit – against Russian people”, and “SOS”, among others  (pictured). Delta Credit is part of Societe General, a French banking company. 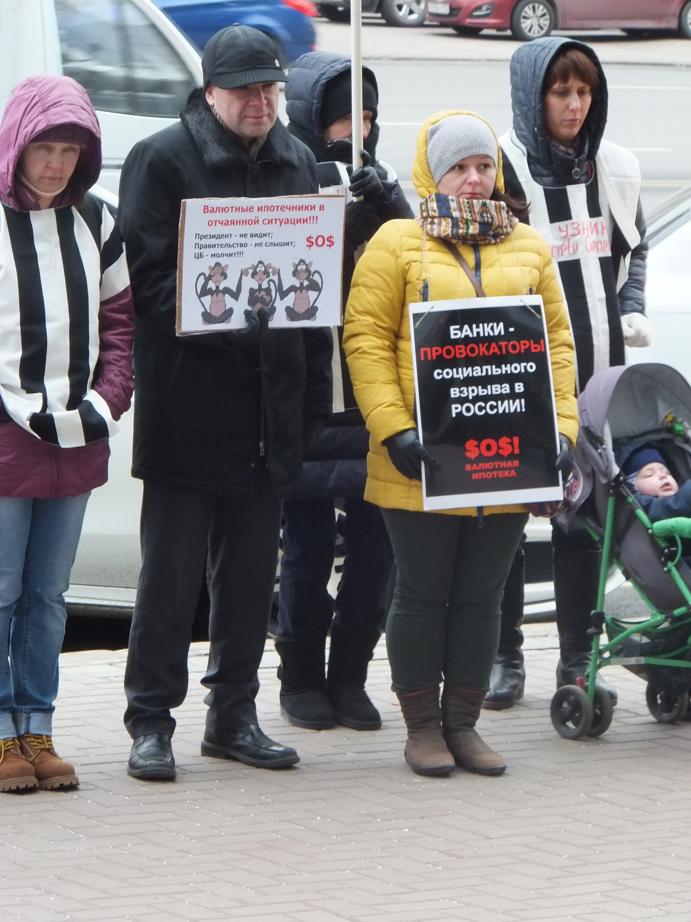 Seemingly the protesters were foreign currency mortgage holders demanding the bank to restructure their debts since the strong devaluation of the Russian Ruble against Dollar and Euro has put them under extreme pressure to repay their liabilities. Similar protests were staged already earlier this year. 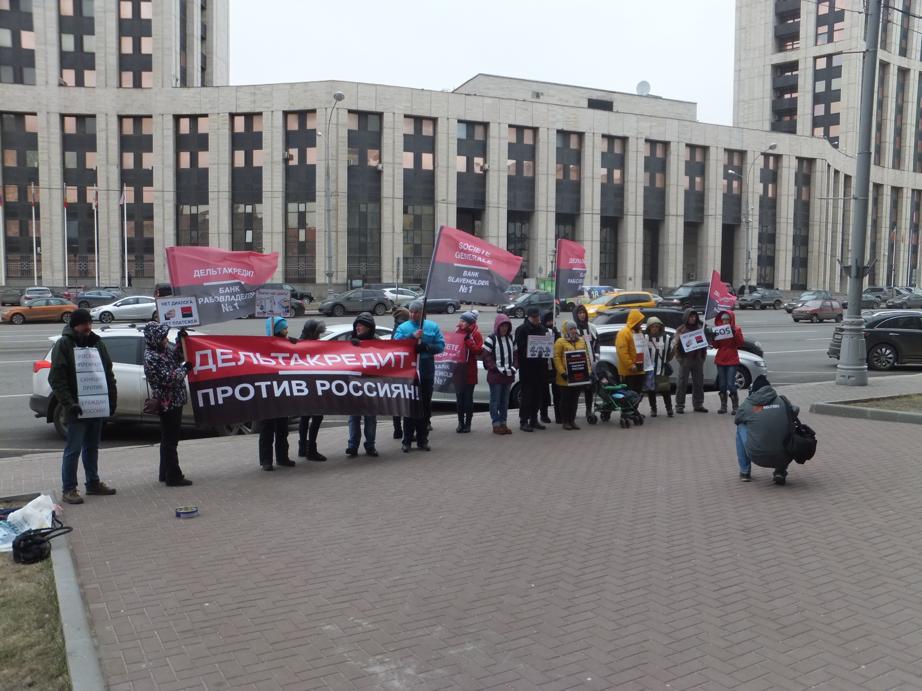