At times Moscow is a large construction site. You will hardly find a major crossroad, metro station exit, or city center side-street which does not experience a major renovation. You will have to watch your step even more carefully when hastling to office right now, but Moscow will look brighter in 2018 for sure. Moscovites are used to eternal potholes anyway, so what. Polishing of public sidewalks comes along as FIFA’s 2018 world cup is approaching.

But this is more than Potemkin’s villages. Moscow is in fact the only city I know in the western hemisphere which is expanding his public transportation infrastructure, in a systematic and sensemaking manner. A second circle line is under construction. Picture above gives a glimpse of one of the new stations near existing Kalushska station.

While German policy makers keep on talking weird talk about driverless cars, I say: a driverless car is what we used to call public transportation. If you want to read the newspaper while going to work, take a ride on the metro. 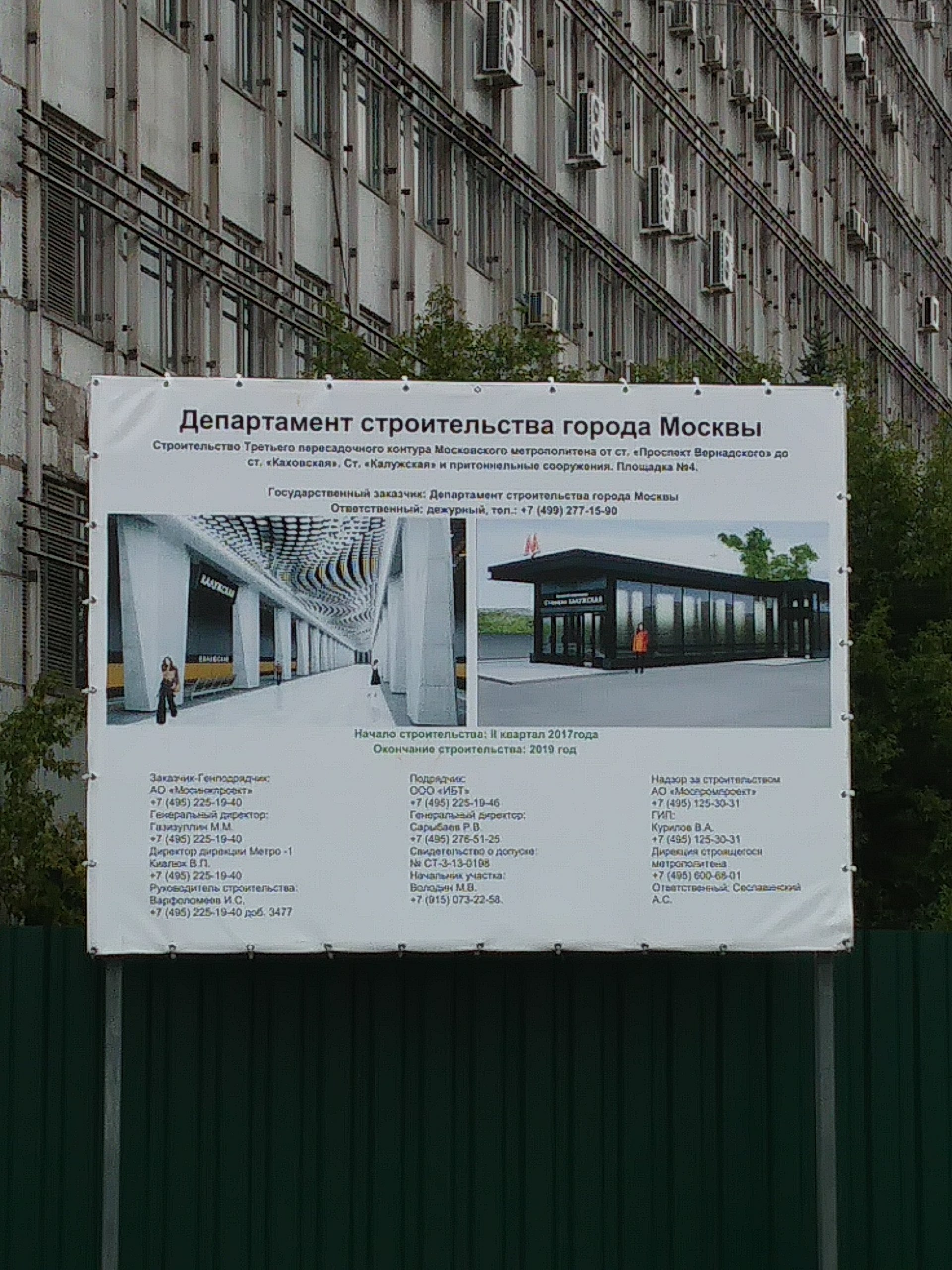