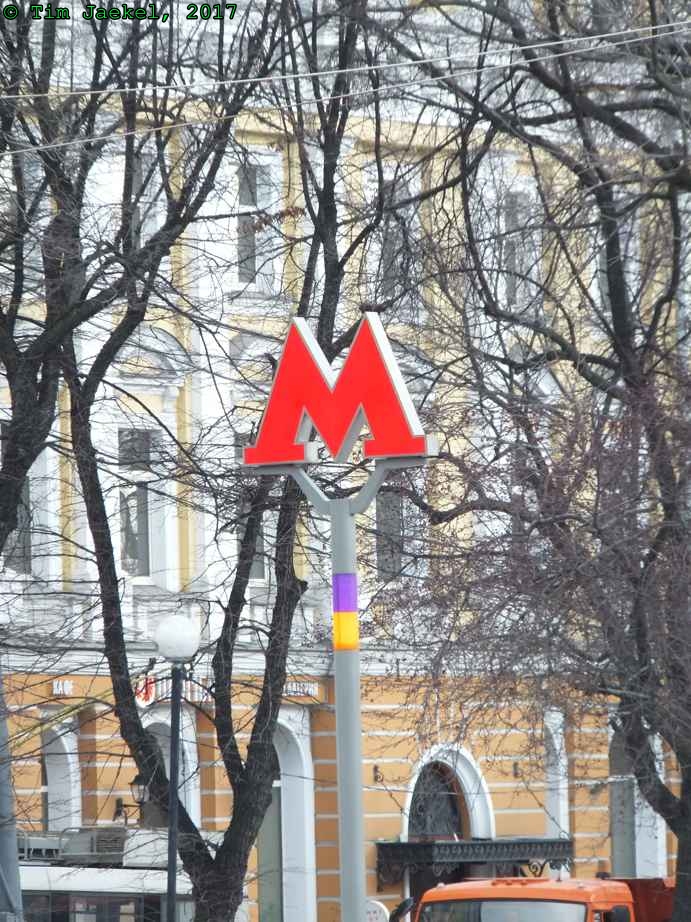 I saw the light – Have a look on the picture above.

What you can see on the picture is the latest round of innovation for Public transportation in the Russian capital. You can see a large capital letter M, which is for Metro, a underground railway system. This capital letter M can be found at Kitay Gorod, a metro station in the city center, a 5 minutes’ walk away from the red square.

The innovation is below the letter M: Two colored and lighted strips. The upper one has orange color; the lower one is a violet strip.

The orange strip is for the orange metro line; and guess what the violet strip is for the violet one. Moscow’s metro consists of 14 lines, each with a distinct name and particular color. The red line was the first one, opened in 1935, the green line the second (opened between 1935 and 1938). The yellow line is the youngest one. Metro lines cross at several stations, you can interchange there.

The lighted colored strips at a glance indicate which lines you can access at a particular station. That is an innovation, because it is a new practice which is very user friendly. As passenger you will save time to search for a metro map, look for the current station and the lines departing from there.

Innovations are seemingly pilot-tested in the city center where a lot of tourists walk around. I have not recognized the colored strips at stations outside the city center. And also other significant stations still do not have it. Do you see the difference depicted below? Obviously we have a metro station here, but it is far from clear what line the stations is served by. (Send me a comment if you figured out which station is actually depicted in the figure below.) 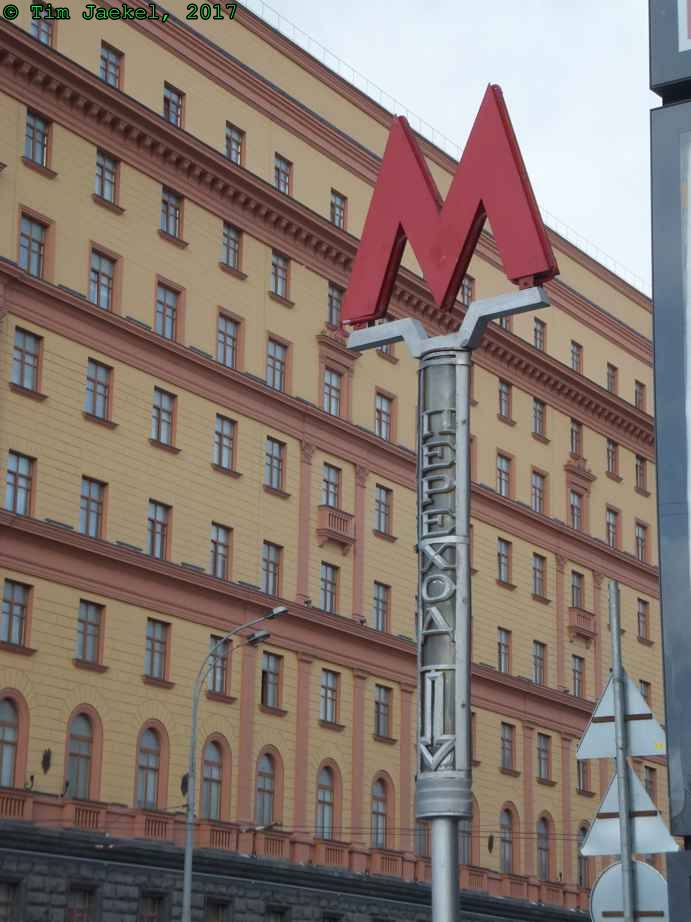