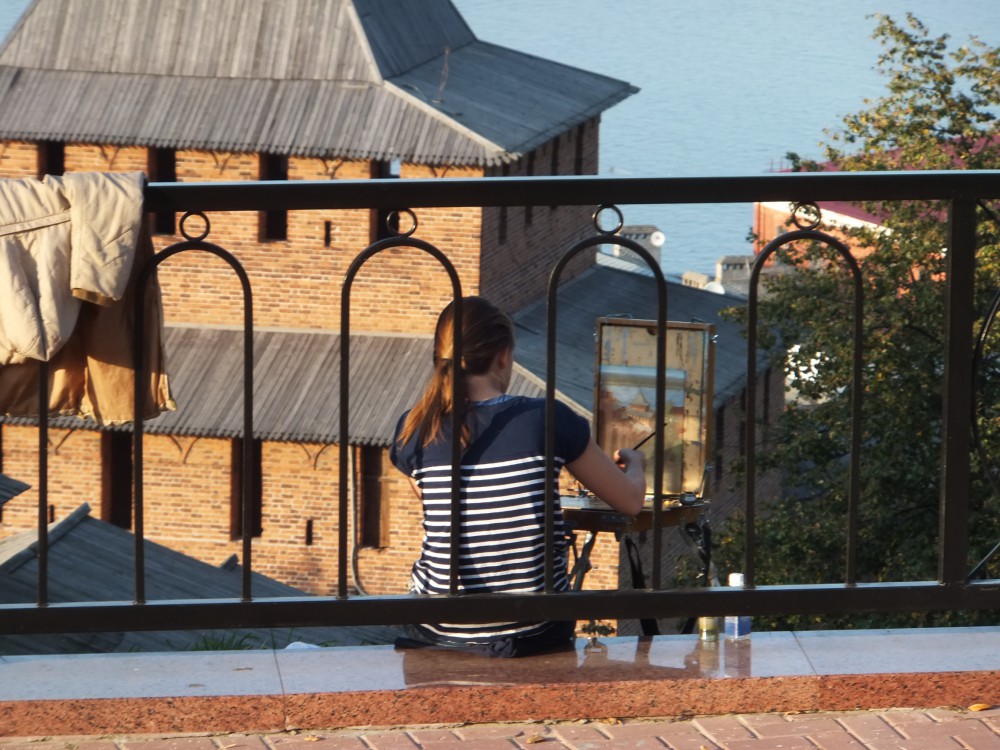 The 2nd International Conference on Modern Econometric Tools and Applications (EC2015) is currently taking place at the Higher School of Economic Campus in Nizhny Novgorod (pictured), some 500km east of Moscow.

Svetlana Bryzgalova from Stanford University presented a quite impressive and sophisticated approach to estimate the consumption risks both of bonds and stocks. Dean Fantazzini from Moscow State University had a closer look on the reasons for the recent sharp decline in oil prices. 3 Factors are usually held to account: First of all, there was too much oil in the market. Shale oil production in US is at a peak level, although the oil companies are making losses and accumulating a lot of debt (indicating that shale oil production is just not efficient, but anyways). A short break in the civil war in Libya resulted in an unexpected additional inflow of oil on the market. And Saudi Arabia decided not to cut supply. Secondly, demand for oil turned out to be lower than expected. This was mainly due to economic slow-down in Europe and Asia. On top of that there was a strong dollar, which further put pressure on the oil price. But beyond these commonly stated factors, Dean showed that there is some variation left. He proposed a bubble detection strategy; including a decomposition of a variable into its components. He finds evidence on bubble behavior; apart from basic economics this bubble behavior puts additional pressure on the oil market.

In the spatial econometrics sessions Olga Demidova, from Higher School of Economics, and her co-authors investigated unemployment clubs in Russian Regions. This is relevant because the Federal concept of Regional Development until 2020 asks for a balanced socio-economic regional development and a reduction of interregional disparities. In the same session I present a paper on Performance Gaps, Peer Effects and Innovative Behavior in Public Sector Organizations. I develop a model in which managerial actions result from spillover due to pure learning or strategic mimicry and a cost-benefit calculus of instrumental benefits vs. reputational costs of innovation adoption. Propositions are tested against participation data in a Swedish benchmarking exercise.

Also interesting from a policy-perspective was that – using time series analysis – Rajarshi Mitra and co-authors find that foreign aid has a significantly negative effect on personal income in Bangladesh in the 1971-2001 period. Seemingly overseas development assistants (ODA) was not very effective has rather harmed than benefited Bangladesh. A “bad policy-environment” is considered to be an explanation for this finding.