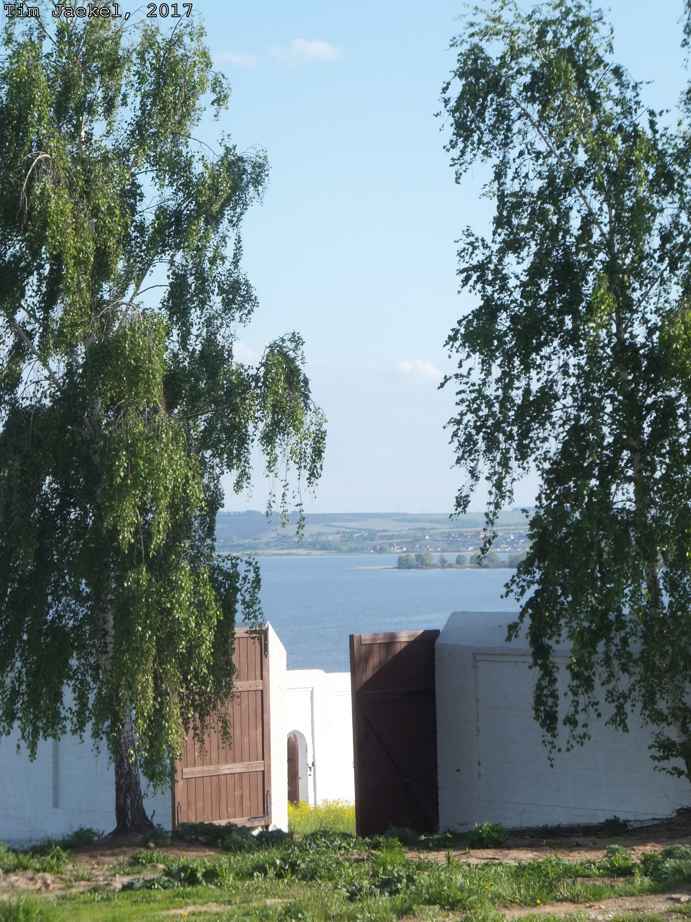 The prefabricate house was invented in Russia. In 1550 Tsar Ivan the fourth, better known as Ivan the Terrible, repeatedly tried to conquer the City of Kazan, which was maintained by the Tatars at that time. Three times he failed, to do better this time he selected and designated Sviyazhsk (Свияжск), a small village some 30 kilometers west of Kazan, to serve as a fortress in order to orchestrate the fourth attack. 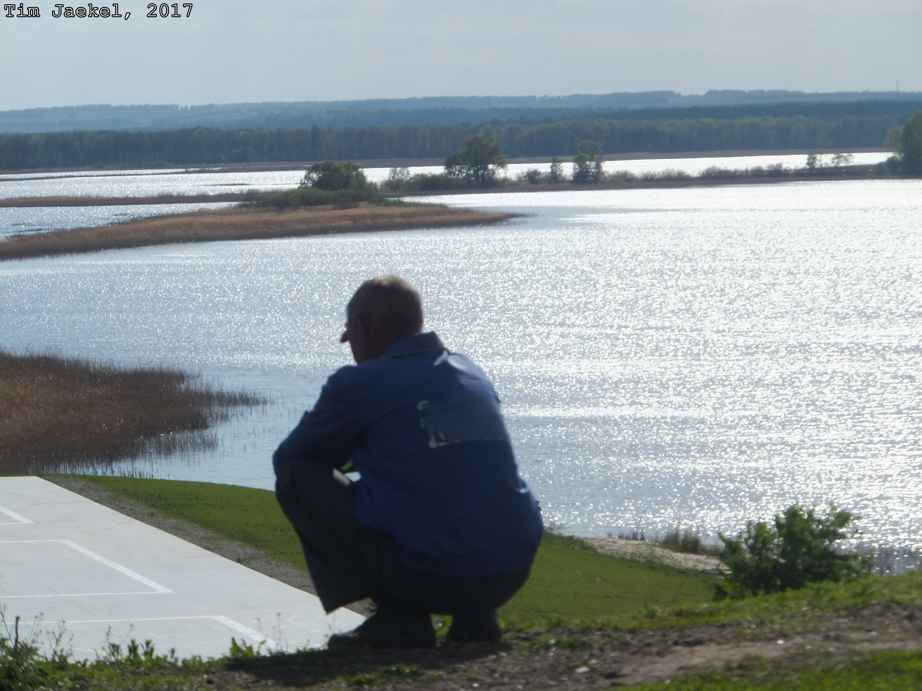 Instead of constructing all necessary buildings on-site, all elements of the fortress, including houses etc. were prefabricated in Uglich, which is 200 kilometers north of Moscow. At this point I think is worth mentioning that Kazan is some 800 east of Moscow. The prefabricate houses were then transported from Uglich on the River Volga upwards almost to Sviyazhsk. Ivan’s soldiers succeeded and conquered Kazan two years later.

And some parts of a wooden church in Sviyazhsk indeed date back to the 16th century.

The village also has been hosting two monasteries; the former fortress is located on a hill which is surrounded by two rivers. In 1955 Soviet engineers constructed a dam near Togliatti, as a result, the level of water raised and today Sviyazhsk looks like a Russian Mont Saint-Michel. Like in France there is a small road on a land tongue, and a parking slot at the foot of the fortress. 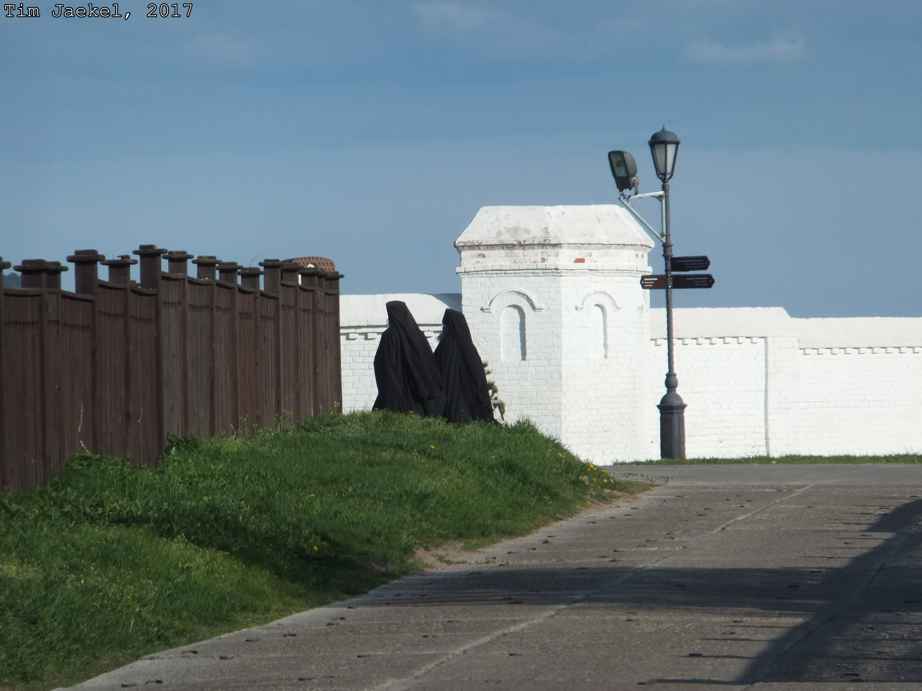 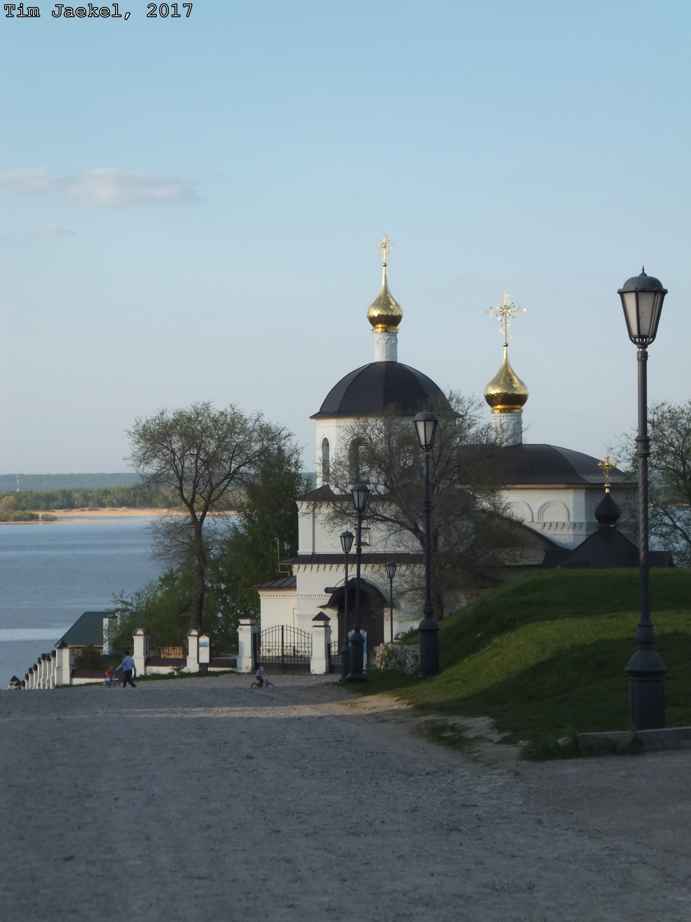