Moscow is currently building its second, outer underground transportation belt line. Its first one opened in 1935, more than 8 decades ago. As its older sister, and its nephew, Moscow Central Circle (MCC) – a new above-the-surface railway circle line – the outer belt addresses a common Russian problem, namely that everything focuses on the center if Moscow. It is easy as ABC to get from the outskirts to, say Higher School of Economics in the inner city, but travelling from one tail of the city to another might turn into a time consuming journey.

MCC already increased accessibility of railway based, safe and secure transport, and decreased travelling time by up to 30 minutes. The outer metro belt line will do similarly.

These huge mid and long-term improvements come along with noisy construction site, dust, mud, and cutting of trees all along the city.

One of the nany construction sites located near Technical University (Baumann University) offers a glimpse on the concrete parts that are used to stabilize the tunnels (pictured below, or above). 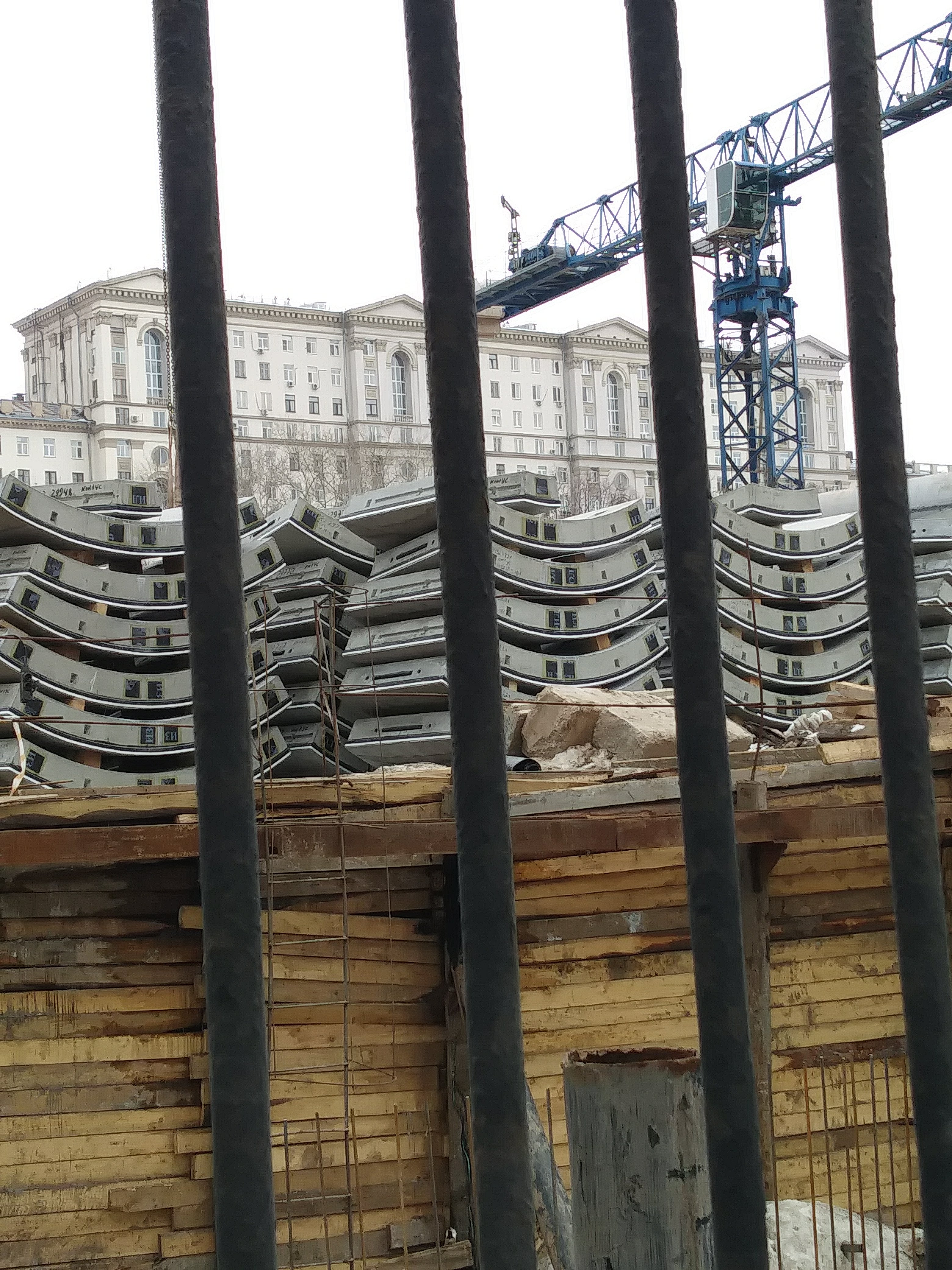